63 per cent of Czechs are convinced that if a woman has been raped, in many cases it is her own fault. Rape is apparently the victim's own fault if she flirted with the rapist, if she was drunk, wore sexy clothing, did not say "No" clearly enough, walked through a deserted area without accompaniment and had had frequent sexual partners.

These are the results of an opinion poll, carried out by Amnesty International in the Czech Republic. According to AI, these views of the public are the reason why most rape cases go unreported to the police in the Czech Republic. Czech police and Czech judiciary do not know how to deal with the victims of rape. The authorities often regard the victims of rape as "provocateurs" who have brought about the rape on themselves. Czech courts dismiss the cases of rape if the victim's clothes have not been torn, if the victim was drunk, if the victim did not fight hard enough against the attacker, if they worked as waitresses or if the perpetrator was their partner whom they had decided to leave, says Amnesty International. 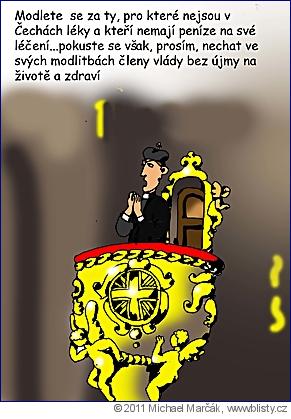