The notorious Czech islamophobic group called "The Martin Konvička Initiative" tried to stage an event marking the 15th anniversary of the WTC attacks of 11th September 2001 in Prague today. The event, entitled, "To Mecca with Humour", was scheduled to take place in front of the Saudi Embassy, but the officials of the Prague local authority cancelled the event in mid-stream.

Czech islamophobes used a portable toilet which was supposed to represent the muslim "Kabu" shrine  in Mecca. They were preparing to "stone" it with crushed newsprint balls in order to mock the sacred muslim ritual. As they prepared to do this, officials of the Prague local authority stepped in and ordered the event to be stopped in mid-stream.

"What happened was a gross indecency and this is why the gathering was dissolved," said Eva Nováková, an official from the local authority. The officials cancelled the event because its participants were denigrating a religion and had deviated from their original programme.

On 21st August, 2016, the Martin Konvička Initiative caused panic at the Old Town Square in Prague when they staged a mock Islamic State invasion there. Several people were hurt in the stampede. 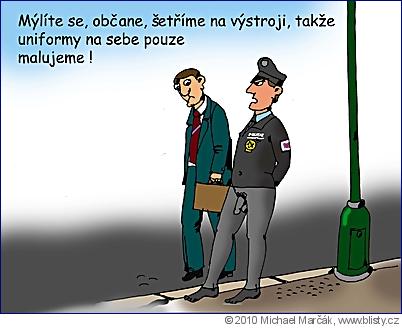