A Matter of Conscience

Milan Kundera, a Franco-Czech writer and Nobel Prize nominee, needs no introduction. Known as an intellectual who, after the Prague Spring of 1968, critiqued and defied the communist regime of his native Czechoslovakia (currently the Czech Republic), Kundera chose to live in exile in France. Literary critics have often considered him a dissident, a label he categorically refused. He declared himself to be a proud Frenchman, claiming: “I am not an émigré. France is my only real homeland now.”i

In her lucid and detailed scholarly work, Milan Kundera’s Fiction: A Critical Approach to Existential Betrayals, published by Lexington Books of Rowman and Littlefield in 2019, the Yale Professor Karen von Kunes points out that some critics, such as Brian Ward and Adam Thirwell have been puzzled by Kundera’s “refuting the exile identity.”ii One of their theories suggests that the internationally famed novelist did not intend to profit from a dissident status. But their attempts to clarify Kundera’s rejection of the dissident identity went astray the day Věra Kunderová—the devoted wife and literary agent of the writer—expressed aversion towards dissidents. In her interview conducted in Czech (Host, November 2019), she claimed that the dissidents, who came to power after the Velvet Revolution of 1989, had hated her husband even before the Revolution because they were afraid that Kundera’s fame (that was exceeding Vaclav Havel’s fame) would catapult him to the leadership position of the anti-communist opposition. She identified the dissidents’ hatred as the culprit that prevented her husband, and her as well, to return to their homeland.iii

To a large extent, this is all tied up with the topic of von Kunes’s painstakingly researched and documented monograph. It centers around the “Kauza Kundera”—the police report of March 1950 that came to public view in 2008, and that was interpreted single-mindedly: Kundera denounced a person, who was then declared an enemy of communist Czechoslovakia and sentenced to hard labor in one of the notorious communist prisons. Kundera denied this report; however, Professor von Kunes evidences his unusually fascinating entanglement in the 1950 event. She not only claims, but also proves by means of researching archived documents of the period together with dissecting each of Kundera’s novels and plays, that twenty-year old Kundera informed the police of a suitcase that had been brought in by an acquaintance of a college student residing in the dorm of which Kundera was in charge at that time. His responsibility was to report anything unusual.

Using an interdisciplinary analysis and approaching the topic from various angles—not only literary and psychology-applicable theories but also with a detective eye and a conduct of personal interviews, Karen von Kunes made a remarkable discovery: the brief episode of bringing the suitcase to the attention of the Prague police initiated Milan Kundera’s career of prolific novelist and writer. Each of Kundera’s works is dominated by the themes of randomness, betrayal, guilt and death; the suitcase became an ominous symbol that influenced his career, appeared in all his fictional works and made him an internationally celebrated writer. And not only that. If carefully read and analyzed (including “reading in between lines” that was commonly practiced under the communist regime), one discovers that Milan Kundera indirectly (through his characters) talks about his involvement in the 1950 reporting, leading the reader step-by-step to what-how-why it happened. He also tells his readers, why he would publicly deny his involvement in the episode (as he did when interviewed in 2008), and why he would deny knowing (or would claim not remembering) additional participants in the events. One can say that von Kunes interprets Kundera’s novels and drama in the light of his ethical failure, the fateful events remaining imprinted in and driving his subconscious mind. Inevitably, von Kunes’s monograph contains a crucial evidence, shedding new light on interpretation of Kundera’s whole canon. His involvement is undeniable—how could it manifest in his novels if he had no knowledge of anything?

Karen von Kunes, an author of many publications, hardly needs an introduction as well. Having taught Kundera’s novels at Yale for over 20 years, she draws on her in-depth familiarity with his entire oeuvre. Her direct experience of growing up during the communist era allows her to masterfully portray the intricate psychologies of the political climate in which public figures and ordinary folks collaborated with police, either out of fear, jealousy, revenge, or in exchange for personal benefits. The times were brutal, and many Czechs attempted (and succeeded) to escape.

Both Mr. and Mrs. Kundera regained their Czech citizenship a few months ago. In her recent interview, Mrs. Kundera called emigrating a stupid error, and contradicted her husband’s feelings by stating that in 2008 (once the article about her husband’s denouncing came out in Prague Respekt), she realized for the first time that there was no return for them. At the same time, she also realized how much she had missed her native land, alluding to a daring (in the current political correctness climate) metaphor: “I feel like a slave at a plantation who returns in his night dreams to his homeland,”iv and concluding her statement with verses of a Czech nationalist poet, Viktor Dyk about homeland: “If you leave me, I won’t perish. If you leave me, you will perish.”v Furthermore, she stated that the 2008 denouncement ruined her husband’s health and no one has so far apologized to him.

It is unlikely that an apology will come. To understand why, one needs to read von Kunes’s excellent book (and ‘not skipping a single line’—using Kundera’s rhetoric) that contains most of the answers. Professor von Kunes does not pronounce any definitive judgements nor does she, in the spirit of Kundera, draw ultimate conclusions. This in itself inspires many thought-provoking questions that are left for a reader to answer. She stresses that the goal of her monograph is not to diminish Kundera, but to reveal his literary genius and his deep insight into human interactions. She playfully expresses her fondness for the author remarking that: “As many coincidences as govern Kundera’s works, it is not a coincidence that he has become one of the greatest novelists on the international stage.”vi Her narrative treads a fine line between faithfully analyzing historical evidence and interpreting Kundera’s novels in a way that brings out the brilliance of his literary contributions. Her insight into Kundera’s psyche is remarkable; her book offers innovative ways of reading and interpreting Kundera and may contain the secret key to understanding the mind of this reclusive author.

Von Kunes’s book is an engaging scholarly publication that reaches across the fields of literary criticism, philosophy, psychology and history. Unlike some scholarly publications that tend to be dry, von Kunes’s surprises with clarity of presentation and a suspenseful and accessible style that can be enjoyed by anyone. In her monograph, Professor von Kunes has achieved what no one dared to see or admit. Milan Kundera’s Fiction: A Critical Approach to Existential Betrayals is an absolute must to read in order to understand Kundera’s complex genius. 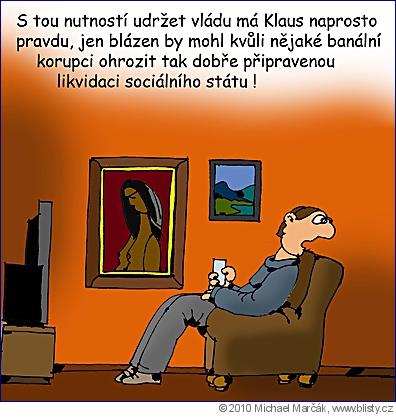