Revision is Not Negation: The Historian as a Figure of Courage

When I was growing up in France, I observed the communist countries with dismay. I couldn’t fathom how regimes that shot at their own citizens at the border could expect any international legitimacy. At university, I was very attracted to the alternative culture in what we called Eastern Europe; like many in my generation, I was dazzled by the dissidents, including Petr Pithart. That anyone could suspect me of supporting the communist dictatorship is so incongruous that I had to laugh when journalists and pseudo-intellectuals later found no better way to critique my work than to accuse me of being a “salon communist.” How stupid and ignorant could they be?

That I now find myself having to explain to Petr Pithart, whom I greatly value as a person and thinker, that it is not for a historian to dictate moral positions is a sad testimony to the populist turn of the post-communist period. In his article, Petr Pithart laments that the historians around Michal Pullmann, whom he dubs “revisionists”, are fleeing the moral issues raised by the study of the communist past “like the pest” despite their new, “at first glance dazzling conceptual apparatus.”

Of course it is impossible to escape one’s own values and the context in which one is living, but a historian is expected to display more subtlety than by openly professing moral judgements. Moreover, to study anything else than “the horror”, the most repressive aspects of the totalitarian regimes, is not a political statement. Christopher Browning, for instance, has argued in the preface of his famous volume Ordinary Men that the history of everyday life is no “evasion.” To describe the experience of ordinary people is not to “shift attention from the unparalleled horrors of the Nazi regime’s genocidal policies to the mundane aspects of life that continued relatively undisturbed.” On the contrary, such a methodology is “neutral”; it would become an evasion only if it failed to analyze the “degree to which the criminal policies of the regime inescapably permeated everyday existence under the Nazis.” In other words, explaining is not justifying.

Petr Pithart’s article shows that a major misunderstanding has developed in the past twenty years in the Czech public sphere. In France and Germany, two countries where I studied “revisionist history”, i.e. socio-political history of communism, there is a common understanding that historians are social scientists, not preachers.

In Central Europe the figure of the intellectual has a slightly different status. The intellectual can mix historical analysis and ethical judgements, they are expected to make sense of the world through their moral engagement. To be honest, I was thoroughly charmed by the survival of this tradition. Not by chance was my masters’ thesis entitled Václav Havel’s Ethics and Politics. What could be more exciting than intellectuals who were not ashamed to profess their ethical stance while standing on the right side of history? And how wonderful could it be that the wider public was interested in what a historian had to say? This was all very enriching and exciting.

But this is where two expectations clash. What the historians that you call “revisionists” are “revising”, dear Petr Pithart, is not our normative position on communism as a lived ideology. What we are revising is the way to analyze history. We master the language and analytical process necessary to operate in the international scientific community; the misunderstanding is that we express ourselves in a Czech public sphere in which the public still awaits the same old simple, easily understandable, moral message, the one old-school historians have traditionally delivered.

Revisionist historians are not a sect but normal historians who work with modern methods, and who are as disunited and quarrelsome as their elders ever were – as it should be. What distinguishes the so-called “Pullmannovites” from other historians is not their ideological beliefs, and even less their willingness to relativize the communist dictatorship, but the fact that they are open to embracing novel methodological approaches. I have no qualms about disagreeing with Michal Pullmann on his use of the word “democracy”, for instance. In my opinion, he sows confusion by using democracy in its Stalinist meaning. But does it mean that either he or I endorse the brutality of the Stalinist regime or the drudgery of everyday normalization? Of course not. Revisionist history is not a denial: it is on the contrary the only way to restitute the practices of domination at the individual level, the shame, humiliation, lies, and deception you rightfully underline as key to understanding the normalization period.

Epistemology as a Way of Life

Dear Petr Pithart, no matter how frustrating for the wider public, social scientists have to use concepts rather than political opinions to further their understanding of their object of study. A moral judgement might be comforting, but it is not a scientific argument and therefore doesn’t count as a valid historical analysis. How do we measure how scientific a theory is? We use Karl Popper’s criteria of falsifiability.

The reason why Karl Popper aimed to establish such precise criteria is quite relevant here. As a young communist sympathizer, he took part in a 1919 demonstration in Vienna and saw eight of his comrades shot and killed by the police. But party leaders did not share his shock. In fact, they rejoiced: the more brutal the police, the faster the people would recognize that they, the communists, were right. The more dead, the more it would confirm the predictions of historical materialism, an ideology which they claimed was a “science.”

Karl Popper was horrified by such cynicism, left the party, and endeavored to establish definitive criteria that would determine what a science really was. He now knew science had to be linked to ethics to be protected from such abuse and manipulations. What he came up with, that we use until today, is the criteria of falsifiability: in order for a theory to be validated as science, it must subject itself to the possibility of concrete objections that attempt to falsify it. If you say “God exists”, this is not science but a belief. No one can falsify this claim by presenting evidence to the contrary. You can no more prove that God does not exist than prove that he does. The claim “Communism is evil” belongs to the same category: it is a value judgement, and therefore not falsifiable. A historical judgement that is obvious and unfalsifiable is sterile. Only problems make history move forward. This is why revisionism is not denial but the contrary of denial. When a pundit claims to express a one and only “historical truth”, on the other hand, there is no need to debate. Where there is no debate, there is no science, nor is there any democracy.

The public does cherish a juicy tweet or a bon mot as a definitive judgement cast over history. Alas, the only way to preserve ethics is through a constant reflection and subtilty. If I make the effort to present to you my historical theses in a way that can be contested by you, I will never represent any danger to democracy. This is why history is a social science that has to be studied for years, and this is why self-appointed historians who brandish anticommunism as their only argument are not even aware that to “speak about the past” is not the same as being a historian. Karl Popper is the ultimate antinomy to both the communist and the anticommunist ideologies.

Dear Petr Pithart, you mention Marc Bloch as someone who was doubtless brilliant but is useless as far as you are concerned when the time comes to make sense of the world.

Yet Marc Bloch has much to tell us still, through his work and through his life. He was Jewish, so his life was in great danger in Vichy France. He could have exposed the unfairness of his situation as a Jew, a French, a historian, the father of six children. He would have been morally entitled to write books or articles to preach on the evil of Nazism. What he did instead was to occupy the last months of his life to write, off the cuff, a methodological volume about how to write history, that he named Apology for History or The Historian’s Craft. When the chips were down, he identified historical methodology as the ultimate tool to fight totalitarianism. Because to “revise” the existing historical methods might be a Sisyphean task for a historian, but it is the ethical bedrock of society.

Marc Bloch finished his book already in hiding and while fighting in the resistance. The following year, he was arrested by the Gestapo, tortured by the SS officer Klaus Barbie known as the “Butcher of Lyons”, and shot. Bloch is for me a model of how a historian should be working and what he or she is standing for. Scientific rigorousness is based on constant revision, and it is the very basis of social ethics. That is what revisionism is standing for. 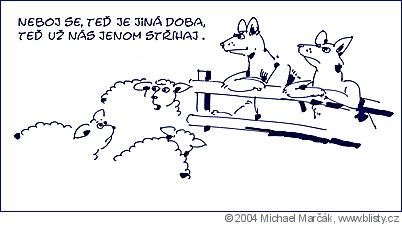