Czech police: "The injured muslim man has probably assaulted himself"

Issak T., the muslim man who was assaulted in Prague in January with a knife and ended up in hospital "may have assaulted himself", says the Czech police in its official explanation why it has decided to shelve the investigation of this crime.

After three months, the Czech police has apparently come up with a number of inconsistencies which it has been unable to explain. There are three possibilities, the police says: Either someone did deliberately injure the muslim man with a knife, or someone did so unwittingly, or the muslim man assaulted himself.

The victim of the crime insists that his statement to the police about the crime is correct but, the police says, the man has failed to explain the inconsistencies. Street cameras installed where the crime allegedly took place did photograph two men whose description corresponded to the descriptions of the perpetrators of the assault. These two men were also seen by a caretaker in a local park. But Issak T has refused to identify these men as the perpetrators.

The wound, inflicted on Issak T. was "only" three centimetres deep and did not bleed much. says the police. Moreover, the video recording from the scene of the crime does not correspond to Issac T.'s testimony, said the police. Isaac T said that after having been knifed, he walked home with pressing his hands onto the wound. However, on the video recording, he is not doing so at all.

But Issak T., told the Hospodářské noviny newspaper that the police is referring to a video recording from a different day, not from the day of the assault.

"When they knifed me, it was extremely painful. I have no reason to invent my testimony. I am not an idiot who hurts himself with a knife. No normal person would do this."

The assaulted man can appeal against the police shelving the investigation but his partner, a pro-refugee activist Eva Zahradníčková, said that he will probably not appeal because they have had enough of all the stress and do not trust the authorities now. Zahradníčková has been subjected to inspections from Czech social welfare officers who have assumed that since she has been helping refugees at Idomeni, she must have been neglecting her own children.

Zahradníčková says that she and Issac T. have been the subject of threats and of hate mail for their pro-refugee activism. About a week before the assault someone sprayed a swastika on a car which was parked before their house. The Czech police does not understand why no one has reported this or taken a picture of the graffiti. 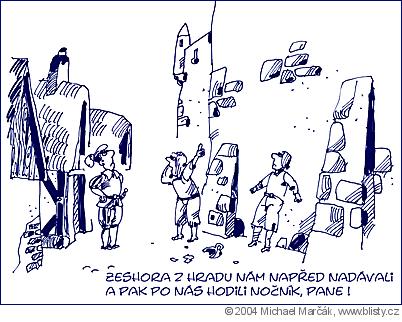