Czech President Miloš Zeman is sending Jiří Ovčáček, his press officer, to meet Petr Bystroň, the Bavarian chief of the extreme right wing, anti-refugee German political party Alternative fuer Deutschland. Czech political commentators are puzzled. They point to the fact that sending a press officer to take part in political meetings is an unusual move which elevates Ovčáček above his current post.

"On the orders of Mr President, I will be discussing the current situation in Germany with regard to the refugee crisis," said Ovčáček on Twitter. "We will also discuss the ostracism of Alternative fuer Deutschland by the German media."

Some Czech commentators say that Zeman is evidently afraid of receiving a representative of Alternative fuer Deutschland himself, but he wants to signal to his voters in the Czech Republic that he supports the German anti-refugee party, so he has decided to send his press officer to meet its Bavarian leader instead. Another Czech xenophobe, former Czech President Václav Klaus, gave a speech at a recent nationwide AfD congress which took place in Stuttgart.

"Alternative fuer Deutschland and Czech President Zeman hold very similar views on the migration crisis, so we have been in mutual contact for a very long time now," said Petr Bystroň. "We are now also aware of the danger of loss of sovereignty of the individual EU member states. We know that President Zeman defends Czech sovereignty and this is in line with the AfD policy - we also want that sovereignty of all EU member states be strengthened," said the Bavarian leader of the AfD. 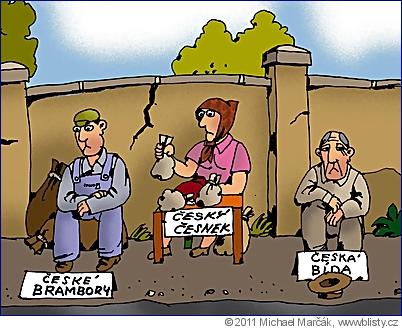