Until I saw Peasant Common Sense (Selský rozum), co-directed by Zuzanna Piussi and Vít Janeček, I had no idea that Kostelecké uzeniny products contained such poor-quality meat from abroad. Or indeed, far less meat than the average ham and sausages you can buy at a local butcher. I would therefore like to thank the directors, and journalist Jakub Patočka, for making me think twice the next time I visit the supermarket.

In the beginning, Selský rozem was intended to be a study of Czech agriculture. Yet like many things over the past few weeks, the question of Andrej Babiš has taken centre stage. I imagine all Britské listy readers are now well-versed on the man who is most likely to be the next Prime Minister, his upcoming legal cases and the connections between his party and his business ventures. Personally, I like to believe that I am up-to-date with what’s going on in Czech politics; but the level of corruption and aggressive/unethical/illegal (take your pick) business practices which this documentary argues exist took me by surprise. The participation of Patočka and Piussi in interviewing low-paid foreign workers at Vodňanské kuře, Babiš’s chicken company; or uncovering the import of mechanically separated meat which appears in Kostelecké uzeniny salami, is where Selský rozum is at its most persuasive. Although it is interesting to hear the testimony of farmers who have been hoodwinked by Agrofert into selling land and buildings to the conglomerate (and how hostile takeovers are achieved), it is difficult to empathise with a subject who reveals that he still has a multi-million-crown biogas company to fall back on. On the other hand, hearing from workers who spend thirteen-hour shifts in factories for eighty crowns an hour appeal far more to the viewer’s sense of injustice, and question why these practices are able to happen. The answer, we are told, lies with friends in high places who look the other way, cook the books – and crucially, stand for election.

Piussi and Janeček’s main argument is to expose the dangers of ANO in key positions of government, which allows Babiš and Agrofert to continue to make obscene amounts of money. Generally, this point is put across well, even if I question the aesthetics of the documentary at times: opening shots which introduce the subject as if some sort of fairy tale was a nice and intriguing touch, yet this disappears almost as soon as it features. Footage of empty buildings which once housed livestock do not need animated pigs superimposed on top of them to prove a point. It would have been far better to accentuate and prioritise the investigative journalism of the piece – these were the sections which I found to be the most convincing. The ‘stunt’ of the film, a small demonstration outside of the Ministry of Finance, has been done far better elsewhere; but was still more valuable than a rather long-winded dialogue on asset-stripping. Despite these criticisms, Selský rozum has the potential to be explosive if screened widely as part of the larger discussion on Agrofert and Babiš.

The question here centres around If and Potential. Last week’s election has been and gone, and the lengthy process of piecing together a government continues. Andrej Babiš is also being prosecuted, a fact we all knew before a single vote had been cast. This did not stop ANO enjoying the highest vote share in every region of the Czech Republic. If a lot of these shady deals are common knowledge, it begs the question of why this has happened. Is the political culture here really so weak? Has there been any meaningful opposition to ANO over the past few months? Is voting for ANO really a protest vote? I would be interested to hear reader’s opinions on this point.

It is worth approaching Selský rozum with an open mind - recognising that there are a number of flaws in the documentary’s style and form, but successful overall in crafting a persuasive argument.

Update, 16th October, 2017: The film is now not available for viewing anywhere. Serious efforts have been evidently made to make it impossible for Czech voters to see the film before the general election which will take place on 20th and 21... 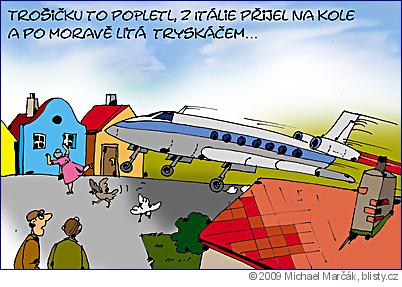