The story of Marcela Haverlandová is one of the most recognisable of all of Helena Třeštíková’s Manželské etudy documentaries. After the feature length accompaniment Marcela was released in 2006, the outpouring of support for the protagonist – who was the earliest of the cycle to undergo a divorce and suffered the tragedy of her daughter’s death during Po 20 letech – resulted in a fund being set up in her name. This allowed Marcela and her son Tomáš to move back to Prague, after leaving for Český Brod due to the cost of renting suitable accommodation in the capital. It was suggested that this could be the turning point after years of financial struggle and unspeakable tragedy, and a testament to the generosity of the Czech viewing public.


How Marcela and Tomáš have fared since then is the subject of the next instalment in their Etudy cycle. As with the previous Po 20 letech episode, the name of the documentary is consistent, if misleading – Jiří Haverland, Marcela’s former husband, again refuses all filming requests and has not been observed since the first film’s conclusion in 1986. Instead, an adult Tomáš, first encountered as a young child in the second part of the cycle, emerges to accompany Marcela as a powerful new narrative within the project. It is particularly interesting to observe how he is able to make a life for himself after the difficult circumstances which he has grown up in; which include the death of sister Ivana, the subsequent mental breakdown of his mother and the poverty which the family have experienced for a number of years. It is the example of Marcela a Jiří which gives rise to the director’s arguments about fulfilment in previous instalments, where it is clear that the post-89 transition has not had a significant effect in the improvement of their lives either financially or socially.

The cyclical nature of fulfilment is still at play over three decades after the 1981 wedding. After the move back to Prague, Marcela continues to be haunted by her daughter’s death and will spend much of Po 35 letech in and out of psychiatric hospital. Issues of financial stability are never far away for either protagonist, in a continuation of the last thirty-five years of observation, and the ability to find work is marred by a number of different factors which are evident throughout the film. Tragedies such as a stroke and a tram accident leave noticeable physical and mental marks on both mother and son, but leads to the most fascinating observation of the documentary – Tomáš’s belief that his rehabilitation is akin to being “born for a second time”. It is the spirit of Tomáš that is a highlight of Marcela a Jiří, the creative treatment by Třeštíková elevating him to a primary focus for much of the episode. His desire to return to education, to be independent and to not be defined solely by his past leads for an interesting contrast with the struggles of his mother, and evidences how narratives continue to emerge as the longitudinal project continues. In my previous article on Po 35 letech, I mentioned the minimal role of Zuzana and Vladimír’s children and a disappointment that we were unable to observe their own development through time. Marcela a Jiří is a prime example of why I believe this – seeing the similarities and differences between original subjects and their children, particularly in their own quests for fulfilment, is interesting and adds to the longevity of the project.

Overall, I found Marcela a Jiří po 35 letech to be a stronger film than Zuzana a Vladimír, in terms of emotion and depth. By no means is the latter a poor documentary, but at times the viewer may be inclined to believe that Vladimír is holding Třeštíková at arm’s length and depriving the director of the intimacy of private lives which she fascinates in. As Vladimír begins to open up, this is truly effective, yet the emergence of Tomáš’s voice and the relationship he has with Marcela is both thought-provoking and powerful in equal measure. His declaration at today’s screening that he hopes to continue with the Manželské etudy project means that hopefully viewers can continue to observe him as the years go by. 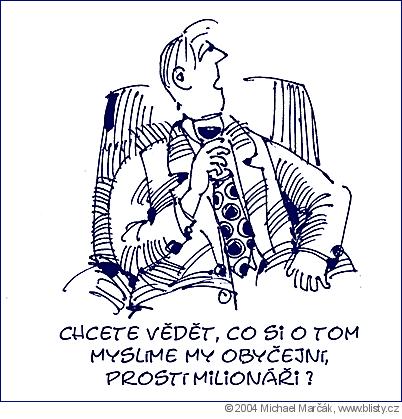