Former Czech government human rights activist: "Migrants are like a time-bomb. The EU has lost its judgment"

It looks as though the EU has lost its judgment and has dropped all reasonable rules when accepting refugees, says former member of the Czech government Council for Human Rights Martin Herzán in the Právo daily on Thursday. Herzán has visited the Dobovo refugee camp on the Slovene-Croatian border. He says that "dozens of radical islamists" have been accepted into Europe.

In Herzán´s view, most of the refugees are "single young men". They come not only from the war torn countries such as Syria, Afghanistan or Iraq, but there are also many economic migrants from other countries. These people have destroyed their documentation so that they cannot be identified. The registration centres do not verify these facts. Daily, several kilograms of weapons, mostly knives, are being confiscated. "Dozens of radical islamist fighters have been found on the Croatian-Slovenian borders," says Herzán, "but after being questioned by Slovenian police they have been freely allowed into Europe." Herzán seems to imply that those refugees whose mobile phones have been found to include pictures of Islamic state beheadings, are islamist terrorists.

"Anyone is being allowed into Europe, these people are walking time-bombs," says Herzán, adding, "As a defender of human rights for many years I am ashamed that a number of non-profit making organisations, including human rights groups, are participating in all this, under the guise of false humanity. They often do this only in order to attract funding".

While there are some genuine refugees, there are many problematic individuals, either permanently dissatisfied economic migrants of militant islamist fighters. It is dangerously hypocritical that the European union has lost its judgment and is irresponsibly following a chimera of artificial, "directed" multiculturalism without being able to distinguish who are genuine refugees, who are economic migrants and who are potential terrorists.

It is wrong that those citizens who protest against "the wave of illegal immigration" and who fight to defend the rights of Europeans to retain their human rights and freedoms, the dignity of women and European culture, are being labelled "xenophobes", says Herzán. 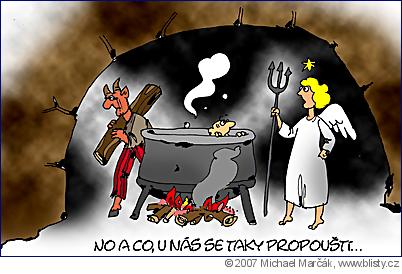