Was a Prague demonstration of anti-fascists attacked by a group of policemen pretending to be right wing extremists?

A bizarre occurrence took place during Saturday demonstrations in Prague when a procession of pro-refugee anti-fascists was attacked by missiles thrown by what looked like a group of extreme right-wingers in balaclavas. A video of the event has emerged in which the masked extreme right wingers seem to be coordinated by a man in a brown jacket who seems to be behaving like a police commander. Later on in the video, he is seen communicating with the police. One of the masked "right-wingers" is seen in the video as emerging from a building which houses offices of the Czech Interior Ministry. There are some uniformed policemen present in the space between the masked right-wingers and the antifascists, but they are strangely inactive. Speculations have appeared that the "extreme right wing" men attacking the left-wingers may have actually been Czech police in disguise. What the purpose of such action would have been is unclear. The Czech police has denied that this was a police provocation.

The video featured below has been published on Facebook by a Czech nationalist right wing group:

"No police action": Antifa.cz has identified well-known right-wing activists in the crowd which attacked the anti-fascists on Saturday 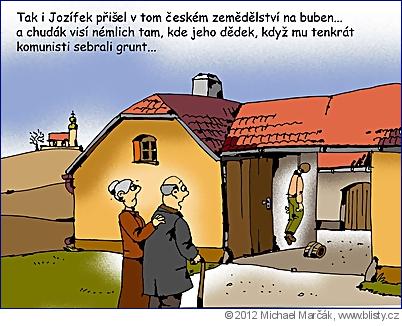