Keeping a Cesar from becoming a Nero

A last-minute meeting with 26 people in positions of management at the Rupert Murdoch-owned right-wing American cable channel Fox News was set for 3 PM last Thursday. A former classmate, who has also worked with me at the WPIX-11 TV channel in New York in the early 1990s, is now one of those 26 directors of the Republican-party-oriented media vehicle. He reported to me about an unexpected development and change in course from this television channel that is arguably responsible for trivializing and normalizing fake news and which has catapulted into the American highest power a mad man with a childish emotional intelligence level, a vehicle that poisoned the cultural pond with all kinds of criminal falsities such as the birthing movement that insisted Barack Obama was not born in American soil or the hoax about Hillary Clinton's involvement in a pedophilia ring, just to mention a couple from an ocean of similar fantasies that Fox has been responsible for.

The meeting was of course done via video conference, with Rupert's son Lachlan as "master of the ceremony", but with his 89-year-old father appearing in one of the screens, though never uttering a word and the whole time looking down at some papers, with his face only in profile.

The message was short and clear: Donald Trump has been approached by the 2014-launched competing conservative cable and internet news channel Newsmax, through Rudolph Giuliani, to get a free hand to run the station as he will wish, in case he loses the election.
The offer for this strategic partnership came soon after it became public that Trump's son-in-law Jared Kushner and then the president himself had called the old Murdoch to try to revert the decision of Fox News of declaring Arizona as projected to be won by Joseph Biden, a request done in vain.
During the meeting, Lachlan has also mentioned that regardless of the Newsmax attempt at gaining a wider audience (they currently have an average of 4 million viewers, while Fox has 16 million) using Trump's undeniable and wide-ranging popularity, Fox would need to reposition itself in reaction to a Biden presidency anyway. And in that matter, it has already been outlined that the channel will focus its lights over Hunter Biden ("sex and drugs make corruption affairs juicier", one of the directors joked), also on Kamala Harris, who is to be packaged as a major socialist threat, and that the overturning Roe vs Wade's Supreme Court abortion decision will be part of the daily menu, as well as war drums shall be played against China, according to my source.
It was discussed how Trump would from now on increase his already initiated campaign to discredit Fox News, but the younger Murdoch said that the top Republican establishment had already been consulted and the conclusion is that they prefer to try to build with Fox a way to secede from Trump's one-man show, aware that they had been under a sort of Stockholm syndrome with him, defending his abuses and mad behavior only because he had sequestered the whole electorate of the party and still has most of them hypnotized by his con-artist magnetism. Nevertheless, some of the Republican more traditional leadership has concluded that the party has basically died and has become a personality cult type of political entity.
However, history shows that any party too much associated with a specific leader dies with him. These past few days, a strategically orchestrated entrance of Donald Trump Jr. into the political arena has been rehearsed through the "First Son's" public attacks against the Republican party, calling it a dead party and threatening that his father's electorate would not forgive them for keeping their mouths shut and not coming out publicly in support of the president's false accusations of voter fraud. This signals the beginning of the grooming of Junior to take over the father's throne in case of his absence. Political parties that are based on iconic leaders only find some extended survival by this kind of monarchical passing of the crown to an heir.
Thus, with this open declaration of war, plus the serious proposal from Newsmax, the Murdochs and the old-cadre Republicans are trying to plot a preemptive attack that could thwart Trump's plans before they catch strength to fly. Lachlan calculates that from now until Trump's exit from the White House he won't be doing any steps towards becoming siamese with Newsmax, concentrating his arrows on those he perceives as traitors from the Republican party (the only notable exceptions on his side were Lindsey Graham and Ted Cruz). During this time, Fox intends to legitimize Biden and will bet on a post-fight mood by the American people: Fox believes that the pandemic and the hate speech environment have reached a milestone with the elections and that the natural human tendency now will be of wanting to calm down, to settle differences and find a middle way, a compromise between the battling sides.
This mood, according to the debaters in this meeting, will only last until a couple of months into the Biden administration, when then Fox would start again playing with the hormones of its viewers, but the strategy is to feed their need of hate with other targets than those chosen by Trump.
Lachlan bets that the losing president will not be focusing on the issues that turn on the fire in the hearts of his followers, which are racial issues, immigrants, China, socialism, but that instead, he will spend months and months ventilating his personal anger against Biden, Pelosi, Republican traitors, the pandemic, the CIA, Fox News.
It is also expected that he will lose part of the control of the narrative because of a potential avalanche of lawsuits that will expose his financial cheatings and true debt status.
Because at Murdoch's companies everything happens very fast, overnight the directors have already worked on the reshaping of their narratives. They added to their website a positive article about Bill Maher, a comedian who hosts a weekly liberal talk show every Friday on HBO, called Real Time, in which he calls for the American people to find a bridge of communication between their radically opposite political views, following the example of a celebrity couple who is in the news at the moment.
Because Maher has been the target of the channel for years, they also soothed his image by adding another article in which he attacks a guest of his show for calling all Trump voters "racists". The Fox News website and channel have also given highlight to voices like Mrs. Dingell, whose headlined quote goes "We can't drag this out with unfounded lawsuits". A piece about "How would US handling of coronavirus change with Biden victory?" and another about a television presenter from the competitor liberal news channel MSNBC, Joe Scarborough, who is a personal nemesis of Trump's, saying that Joe Biden's presidency will be a "one-off", because of his age, certainly serving as a calming pill to Fox viewers, giving them hope that the suffering under a "socialist" will be only for four years.

From now on, Fox will adopt a careful but critical view of Trump and they are also expecting that their primetime line up will have to change, because presenters Sean Hannity and Tucker Carlson, plus conspiracy theorist Laura Ingraham, have become too much synonym with trumpism and may rather switch to Newsmax to capitalize on that.

Murdoch has seldom lost his wars. He put an end to the so-called Fleet Street, inundated the world with vulgar and invasive gossip, destroyed lives and careers, lowered the level of journalism to infotainment and fake news, gave voice to racists and extremists, elected corrupt populists, so Trump is just one more battle for his efficient war machine.

Trump has become the Cesar of the Republican Party. They need to kill him before he becomes their Nero. 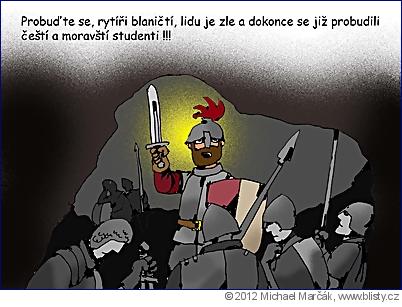