Umberto Eco was born on January 5, 1932 in a small city east of Turin and 60 miles south of Milan in the northwestern province of Piedmont. The town -- Alessandria -- was largely centered around a company that manufactured Borsalino hats, and being a Piedmontese town meant that the residents were born into a unique culture among those found in the rest of Italy. A mountainous area, the Piedmontese are used to a certain sense of independence, and in many ways they are marked by the phlegmatic nature of the nearby French rather than the fiery passions of the southern Italians. Eco often cites his upbringing among this culture as a source of the unique temperament in his writing: "Certain elements remain as the basis for my world vision: a skepticism and an aversion to rhetoric. Never to exaggerate, never to make bombastic assertions."
His father, Giulio Eco, an accountant and a veteran of three wars, came from a family of thirteen children. Eco's grandfather claims to be a foundling, and that he was given the name Eco by "an inventive civil servant." Supposedly the name is an acronym for ex caelis oblatus, or "offered by the heavens." Giulio married Giovanna Bisio, and as they went about raising a family, it was more or less decided that in order to maintain their wits they would swear off politics. Umberto remembers his grandmother fondly, and like both Borges and García Márquez, he claims that he developed his delight in the absurd from her peculiar sense of humor.
When the second World War broke out, Eco and his mother moved to a small Piedmontese village in the mountains. There, the young Eco watched the shoot-outs between the Fascists and the partisans with a mixture of emotions -- undeniably excited at the action, he was partly regretful that he was too young to become involved. It was an event which would later find itself forming a semi-autobiographical framework for some of Foucault's Pendulum, his second novel.

The Academic
Urged by his father to become a lawyer, he entered the University of Turin. But, as what seems to be the fate of many great writers, he abandoned his studies of law; and against his father's wishes he took up medieval philosophy and literature, writing his thesis on Thomas Aquinas and earning his doctorate of philosophy in 1954. After this, he entered the world of journalism by taking a position in Milan as "Editor for Cultural Programs" at Italy's state-owned television network, RAI, which gave him a first-hand opportunity to examine modern culture through the eyes of the media. In 1956, he published his first book, which was naturally an extension of his thesis: Il problema estetico in San Tommaso. That same year he began lecturing at his alma mater, and over this time he began building up a network of avant-garde writers, musicians, and painters, many of which are still associated with him today.
In 1959 he both published his second work and lost his job at the RAI. The book, Sviluppo dell'estetico medievale, was significant in that not only did it establish Eco as one of the foremost thinkers in medievalism, but it finally convinced his father that he had indeed made the right career decision. (Another proof of Ruch's Theorem: Behind every great writer there lies a disgruntled father, a bemused law professor, and a grandmother cheerfully steeped in the unreal.) The loss of his position was assuaged by his increasing demand as a lecturer and as a teacher, and in 1959 he became the nonfiction senior editor of Casa Editrice Bompiani, Milan; a position he would hold until 1975. 1959 also saw him begin working for Il Verri, producing a monthly column called Diario minimo. In a magazine devoted to avant-garde ideas and linguistic experimentation, Eco found himself in the amusing position of writing a column that delightfully parodied many of the things the magazine were trumpeting. (Many of these writers would later form Gruppo 63.) At first, Eco's column was similar in style to Barthes' Mythologies, but after reading Barthes' book, Eco "out of humility" abandoned the style and gradually shifted to a pastiche format. Many of these columns would later be collected into the book Misreadings. During these years Eco began seriously developing his ideas on the "open" text and on semiotics, penning many essays on these subjects, and in 1962 he published Opera aperta, or The Open Work. In September of that same year he married Renate Ramge, a German art instructor.
Although his position as a renown columnist seemed assured, the next few years would see many transitions in his life. His writings appeared in a diverse range of publications, including Il giorno, La stampa, Corriere della Sera, La Repubblica, L'Espresso and Il Manifesto. In 1964 Eco moved to Milan and took up a position as a lecturer, but a year later he was elected Professor of Visual Communications at Florence. In 1966 he migrated to the Milan Polytechnic as a Professor of Semiotics, and in the same year he published Le poetische di Joyce: dall "summa" al "Finnegans Wake." In Milan he began to organize his theories of semiotics, and in 1968 he published his first text purely on that subject: La struttura assente (The Absent Structure.) This book, which would later be completely revised and retitled A Theory of Semiotics in 1976, set the tone for the direction of his study after his interest in medieval aesthetics transmutated into a more general interest in cultural values and literature as a whole.
In 1971 he took up a position as the first professor of semiotics at Europe's oldest university, the University of Bologna. Here, his theories would really begin to fall in place, and throughout the seventies he published several books on semiotics. In 1974, Eco organized the first congress of the International Association for Semiotic Studies, and during the closing speech, he summarized the field with the now famous statement that semiotics is "a scientific attitude, a critical way of looking at the objects of other sciences." In 1979 Eco edited A Semiotic Landscape, a collection of essays that had their origins in the conference.
By the late seventies, Eco had established a very sound reputation as a semiotician; but no one was expecting the radical direction his career would take by the end of the decade.

The Novelist
The idea for The Name of the Rose had a very simple genesis: "I began writing in March of 1978, prodded by a seminal idea: I felt like poisoning a monk." At first, Eco played with the idea of placing his detective story in a modern setting; but soon he realized that his interest in medievalism was manifesting a story set in the Middle Ages. Dragging out notebooks, clippings, papers, and articles that dated all the way back to 1952, Eco began the task of writing a novel tentatively called "Murder in the Abbey." Soon, however, he decided that this title would place undue focus on the "mystery" aspect of his story, whereas he wanted a novel that could be read as an open text -- enigmatic, complex, and open to several layers of interpretation. Inspired by the title of David Copperfield, "Adso of Melk," became the next working title, but eventually a few lines of medieval verse produced the more poetic "The Name of the Rose." Finally pleased, Eco has since remarked that "the rose is a symbolic figure so rich in meaning that by now it hardly has any meaning left." The novel was published in 1980 to almost immediate critical acclaim and widespread enthusiasm: suddenly the name of Umberto Eco was known outside of the world of academia.
Astounded by the success of his novel (his publishing house thought to sell only 30,000 copies; to date over nine million copies have been sold) Eco was unexpectedly thrust into the international spotlight, the subject of a media attention he found both remarkably amusing and irritatingly oppressive. Soon after publication of the novel, the French film director Jean-Jacques Annaud began making an internationally distributed film of The Name of the Rose, bringing Eco even more to the center of global attention -- although he respectfully distanced himself from the film, released in 1986. ("It's Jean-Jacques's work, not mine.")
Continuing as usual with his academic studies, another question began to grow in Eco's mind. "Immediately after finishing The Name of the Rose, my question was: Was this an exceptional episode of my life or would I be able to write another novel?" Despite its density and complexity, Rose had not exhausted all the images and ideas that Eco found suitable for a novel, and so he began assembling another work. The title of this novel was an easier choice, and it took its name from a sight that impressed him when he first saw it 1952: Foucault's Pendulum. Published in 1988, Foucault's Pendulum was another immediate success, establishing Eco firmly in the ranks of the world's Important Novelists. And although he claimed that he had no plans for another novel, a few years later, The Island of the Day Before would be developed from Eco's ideas about "writing about pure nature" within "a story of concepts."
Currently Eco enjoys a prosperous life, dividing his time between a summer home in the hills near Rimini (a seventeenth-century manor that once served as a Jesuit's school) and a residence in Milan (a "labyrinthine" apartment complete with a library that houses over 30,000 books.) He and his wife Renate have raised a son and a daughter, and enjoy a cordial relationship with the mayor of Rimini. Eco retains his position as professor at the University of Bologna, where he runs its Program for Communication Sciences, and he continues to write a weekly column for L'Espresso called "La bustina di Minerva." ("The matchbook of Minerva." Minerva, an Italian brand of matches as well as the Roman goddess of the arts, gives rise to the punning conceit that Eco jots his notes for the column in a matchbook.) He still smokes several packs of cigarettes a day, works late nights, and is used to entertaining guests and exploring whatever environs he can find, and enjoys playing the recorder. Accustomed to boisterous gestures and often even shouting during discussions, Eco describes himself as a polychronic personality, who "will start many things at the same time merging them together to form a continuous interconnection. . . .If I don't have many things to do, I am lost."
Eco claims that he wants his epitaph to be a quotation from Tommaso Campanella:
"Wait, wait"
"I cannot." 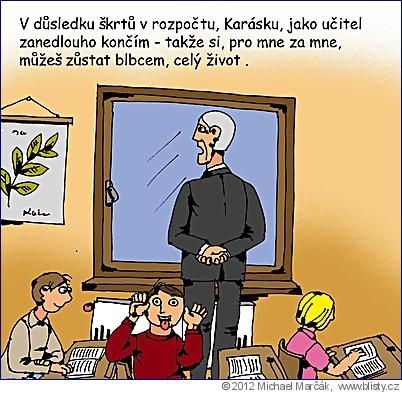