Jan Jandourek answered my article “Comforting Lies or Unpleasant Truths? The Job of a Historian” by bringing up a renewed set of clichés about what historical work is supposed to be about.

Let me point out yet again that “history” does not mean only the study of the regime’s leaders, from Gottwald to Husák. This outdated version of political, top-down history has no doubt had its merits; however, it shows only one aspect of historical reality, that must be complemented by a bottom-up approach. The history of everyday life is such an approach. It does not amount to studying leisure activities whilst overlooking the extent of repression.

It means, on the contrary, that we historians study the politicization imposed by the regime at the lowest level. We also uncover moments of everyday resistance or, at least, people’s efforts at keeping certain aspects of everyday life as safe from politics as possible. In this process, we consider the people not as passive subjects of the communist dictatorship but as social actors in their own right. We show that they were aware of the power politics imposed by the regime, submitting to it when they had to, resisting it when they felt able, and negotiating their way around it as best they could for most of the time.

That is why when I speak of “empathy,” I am not remotely thinking of communist dictators. Instead I am referring to someone like Zdena Salivarová. Since Jan Jandourek brings up Josef Škvorecký's case, let us use his and his wife’s example. Josef Škvorecký’s brilliant novel The Engineer of Human Souls is one of the main models that led me to study communism from an everyday life point-of-view. Škvorecký’s take has always seemed to me much more authentic and helpful for understanding the 1950s than the reform communists’ top-down obsession with Gottwald and Stalinist politics.

I was particularly moved by Škvorecký’s 1996 novel, Two Murders in My Double Life, in which he describes Zdena Salivarová’s ordeal after she found her name on the Cibulka list of secret police informants illegally published in 1992. She felt unfairly rejected by Czech society, particularly since she and her family had suffered terribly from communist repression. Škvorecký and Salivarová were of the anti-communist camp themselves, which made this ostracization all the more painful. They appreciated my efforts to understand rather than judge. Josef was in fact grateful enough that he told me, winking, that he would put me in one of his novels. And he did just that: the last chapter, “Letter of Miss Muriel Blaive”, in his novel The Unexplainable History or The Story of Questus Firmus Siculus is sent by a “French student writing her doctoral dissertation”, a formulation jokingly taken word-for-word from my first letter to him. Gratifyingly (for me), the student’s incontrovertible, detailed analysis brings the last word to the historical question debated in the novel.

I will let Jan Jandourek meditate on Škvorecký’s closing remark in the book: “What can we add to Miss Blaive’s letter? Nothing, apart maybe from the biblical teaching that between heaven and earth we find a hell of a lot of things.”

This sentence perfectly describes the basis of the mutual understanding and respect between Josef Škvorecký and me. It also neatly summarizes my approach as a historian. 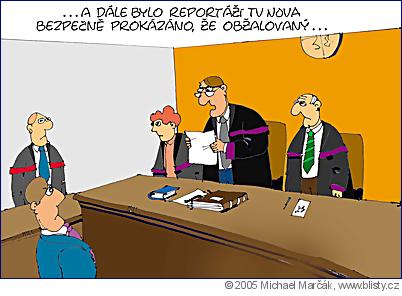