In May 2020, the US TV news network  CNN International Commercial (CNNIC) entered into a partnership with the Czech commercial TV station Prima to create CNN Prima News. As a result of this partnership, CNN Prima News has acquired access to international news reporting produced by CNN, which it broadcasts dubbed into Czech as part of its programme.

Unfortunately, when entering the Czech TV scene, it would appear that CNN International Commercial was not really properly aware of the Czech cultural and political context and the role of CNN Prima News within it. The station is unashamedly tabloid and populist. By entering a partnership with Czech TV Prima, it is as though CNN had entered a partnership with Fox News. After failing to attract viewers by high quality programming, CNN Prima News has made an editorial decision to go sharply downmarket. Many of its journalists are now leaving. They do not want to discuss the reasons for their departure in public.

The Prague-based CNN Prima News has just appointed as its "analyst" Mr. Josef Provazník, until recently the editor-in-chief  of the highly islamophobic alt-right website eportal.cz, well-known in the Czech Republic for disseminating conspiracy theories, amongst other things warning its readers that islamists and non-whites are preparing a genocide of white people. It is a little as though CNN in the United States had appointed Steve Bannon as its "analyst".

Mr. Provazník has also managed the social networks of the two extreme right wing Czech political parties, SPD and Trikolóra. Both of these political parties are crudely racist, xenophobic and islamophobic. For instance, the secretary of the SPD political party Jaroslav Staník has expressed the view that Jews, homosexuals and Roma should be gassed.   Mr. Provazník holds extremely anti-refugee views and for SPD he organised a poll which was to put pressure on the Czech government not to accept any child refugees from Syria. In May 2018, Provazník made derogatory public comments about the Duchess of Sussex Meghan Merkel in relation to her age and ethnicity.
Provazník is not the only extreme right winger individual to  have been hired by CNN Prima News. The TV station has also now given employment to another extreme right winger, the founder of Konzervativní noviny (The Conservative Newspaper) and member of the Prague-based right wing Civic Institute Matyáš Zrno. In CNN Prima, Zrno has been appointed editor-in-chief of international news. "I am not worried that my political views will be influencing what CNN Prima will be broadcasting," said Zrno to the Deník N daily newspaper.

Britské listy has enquired whether CNN knows to whom it has sold its trademark. An informed source told us that allegedly, what matters to CNN is the profit from the sale of its trademark, CNN is not particularly interested in whether the station with which it has teamed up broadcasts quality news, based on ethical principles.

"Muslims, uninvited intruders from an enemy culture will destroy our democracy and our freedoms"

Tomio Okamura: "Jean-Claude Juncker has attacked the sovereignty of the Czech Republic" 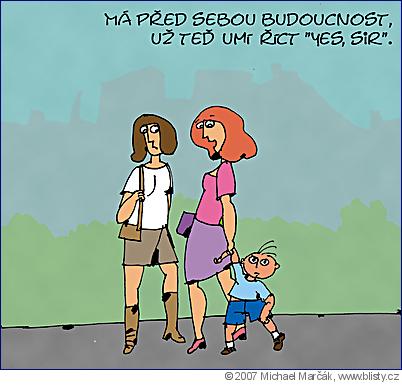