The current Czech Prime Minister’s astonishing political success was preceded by two decades of ruthless and at times, allegedly, even blood stained business practices. To borrow the description Michael Cohen used in his recent testimony in the US Congress Committee when referring to Donald Trump, Babiš is nothing short of an “enigmatic” figure in the Czech business and economy.

Before the founding of ANO 2011 political movement, Babiš promoted his media image only sporadically. However, his presence was all the more felt in the country’s chemical and agricultural industries. Now, we are talking about a country which despite its relatively small size has a significant international record in research, development and production of chemicals used globally in manufacturing, food, and also weapon and arms production.

Vladimir Putin, in his attempt to divert attention away from the links between the Kremlin and the Salisbury poisonings last year, pointed to the Czech Republic as, allegedly, the country of origin of the Novichok military nerve agent used in those poisonings. He was perhaps well aware of the Czechoslovak chemical industry and its military use in the heyday of the Warsaw Pact and the Cold War era.

To this day, and despite the negligent size of the Czech Army, its anti-chemical combat units are some of the most sought-after specialized units in this field among the NATO armies. Incidentally, the country is to celebrate its 20th anniversary of joining the NATO Alliance these days, namely on March 12.

In fact, the business history of the Czech Prime Minister has always been closely linked to the chemical industry. One of the key chemical plants from the portfolio of Agrofert, a conglomerate of companies managed by the fund set up by Andrej Babiš, Synthesia, is located right next to the Explosia chemical plant, a state-controlled producer of the (in)famous Semtex explosives. Yes, the same state controls this chemical plant of which Andrej Babiš is the Prime Minister.

Moreover, the acquisition record of companies in the Agrofert portfolio is itself a history of questionable practices and of mingling of politics with business interests as Politico notes (HERE). Perhaps the most notable was Babiš’s soap-like affair of attempting to take over the Unipetrol – holding of state companies from chemical and petrol industries set up in 1990’s during the tenure of Václav Klaus as Prime Minister – which the Czech government intended to privatize through public tender announced in 2003.

In 2004 the Polish petrol conglomerate PKN Orlen was selected as the winner by the Social Democratic government of Vladimír Špidla, after the higher bidding consortium from Kazakhstan had been ejected from the tender for security concerns. This was a near victory for Agrofert which was a contractual partner of PKN Orlen it had managed to secure its interests in the chemical-oriented companies of Unipetrol.

In the meantime, however, neighboring Poland had been rocked by a scandal involving PKN owners and management ties to the Russian secret services. This scandal partially spilled over to the Czech Republic and started an investigation process involving the police, the parliamentary bodies and the Czech secret services. Agrofert was not able to fully assert its contractual rights with PKN and actually remains in legal battles with the Polish side to this date.

Moreover, as Czech journalist Tomáš Pergler notes in his well-researched book “Babiš, the Story of an Oligarch”, some of Babiš’s collaborators from that time met a strange fate. Tomáš Kejla, the then Agrofert’s analyst, maintained contacts with the Polish PKN lobbyist Jacek Spyra in 2007, that is, at a time when Agrofert demanded its contractual rights through court proceedings.

Both men were arrested during their meeting at the Agrofert headquarters in Prague and prosecuted. While Spyra was prosecuted while being held in custody, Kejla was released and prosecuted as a free man. A month after his arrest Kejla first survived a serious traffic accident when an unidentified lorry pushed his motorbike off the road and left, only to be found dead from an overdose through a mixture of alcohol and pills later on in November 2007 (Pergler, p. 97).

After Babiš entered Czech politics, one of the most widely reported acquisitions Agrofert made was that of the largest meat processing company in the Czech Republic, Kostelecké uzeniny (Cold Cuts of Kostelec). Agrofert first entered the company as a strategic partner in 2004 purchasing about a 30% share after Kostelec ran into financial difficulties following the bankruptcy of its financing bank IPB.

The bankruptcy of IPB, one of the then largest banks in the country, in 2000 is an astonishing story itself and to this date remains the largest bankruptcy in the history of the Czech Republic. It caused extensive disruptions in the functioning of its corporate clients and triggered the Czech authorities’ intervention and a theatrical storming of the IPB headquarters in downtown Prague with masked police commandos in June 2000.

Shortly after Agrofert had purchased a small share in Kostelecké, its management was accused of insider trading while conducting transactions and payments between various legal bodies of the company. Although everyone was later fully acquitted and the investigation was closed down as ungrounded, the management, in the meantime, had agreed to sell the remaining two-thirds to Agrofert, the then junior owner. Agrofert had no criminal record and appeared as the more serious business partner in key negotiations with Citibank about the conditions of a new business loan for the embattled company.

It is rather difficult to point out a case of Agrofert’s acquisitions where Andrej Babiš’s extensive contacts in various layers of the Czech state have not raised suspicions. As Tomáš Pergeler notes, the only recorded instance of Babiš actually admitting that Agrofert might have been implicated in “problematic affairs” was the long and winding acquisition of Lovochemie towards the end of 1990’s (Pergler, p. 55).

Lovochemie is a chemical plant northwest of Prague whose former CEO from 2005-2011, Richard Brabec, is the current Czech Deputy Prime Minister, Minister of Environment, and Deputy Chairman of the ANO political movement. As discussed in the previous article about Andrej Babiš’s use of democracy (available HERE), Lovochemie managed to secure EUR multimillion funding for an extensive modernization of its facilities. It is indeed very hard to decipher whether Babiš is a more gifted politician or entrepreneur. 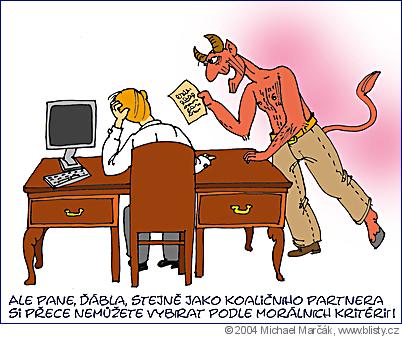 Muriel Blaive The Tribunal of History: An Open Letter to Neela Winkelmannová and Lubomír Zaorálek 251