Urgent: Bolsonaro suspends all actions against deforestation in the Amazon

The Brazilian Christian fundamentalist president has canceled all funds aimed at the protection of the Amazonian rain forest. Effective already this Monday, all operations of combating fires are going to be forced into inaction by government order.

President Jair Bolsonaro ordered the immediate demobilization of 1,346 brigadiers, the destruction of 86 firetrucks, 10 vans and 4 helicopters. The institution that is in charge of protecting the native Indians, called Ibama, will have its 77 inspectors, 48 vehicles and 2 helicopters demobilized. Also, other 324 inspectors from other State organs will be demobilized from any operations to combat illegal deforestation, in addition to the dismissal of 459 brigadiers from forces supported by a fund from Norway and Germany, and the destruction of 10 aircrafts that work in the combat of illegal fires.

This criminal blockade against the protection of the Amazon and its original inhabitants can only be stopped if the European Union acts swiftly with a suspension of importation of any meat, agricultural products and minerals from Brazil.

There is no hope that the White House will oppose Bolsonaro, because Donald Trump is aligned with him in the international team of enemies of the environment. China, Brazil's second biggest economic partner, historically does not meddle in internal affairs of countries outside their geopolitical sphere of interests.

So only Europe can damage the Brazilian economy. If the world stays quiet, we will see a new Sarajevo type of situation, with coward inaction from the big powers, which back then led to the massacre of innocents, whereas now the victims will be the native Indians and the
rain forest.
Brazílie | Ekologie | Globální oteplování
0
Vytisknout
Britské listy plně závisejí na finančních příspěvcích čtenářů. Prosíme, přispějte. ➥
5892 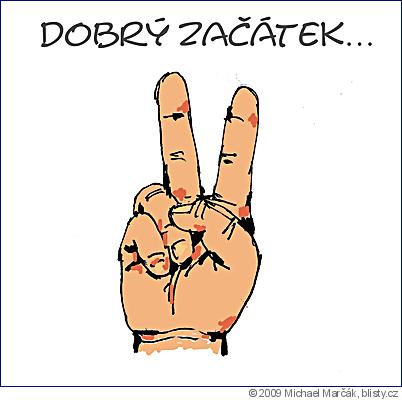